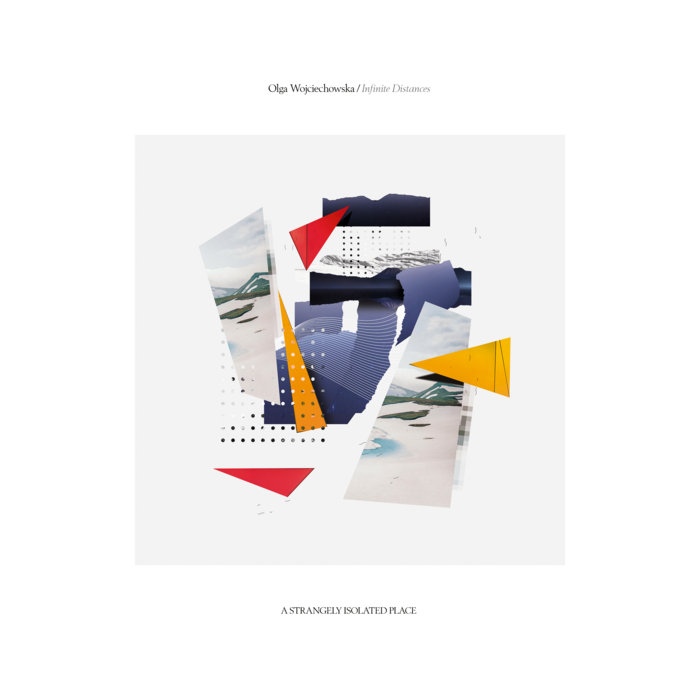 
Initially put together in memory of a family member, Olga Wojciechowska’s new album, 'Infinite Distances' is built around a similar sounding melody that appears across the backbone of the album - the sign of something that won’t let go. Opening with ‘Images Imprisoned Within You’, the beautiful orchestral piece sets the tone for a potentially optimistic journey. But the album, with its changes in direction and varying emotion portrayed throughout the seven tracks, somehow always ends up at the same place. It was a memory Olga couldn’t shake.

Told through several different approaches, varying from expansive modern-classical pieces, to more experimental and electronic touches in tracks like ‘Memory Of The Pioneers’ and ’Starless Water’; ‘Infinite Distances’ is a personal recollection that spans the emotions surrounding the feelings of loss; the highs, the lows, the polaroid-like happy memories, the ones that you never want to let go, and those that will never quite fade away.

In contrast to the inspiration behind the album, the artwork from Marco Vannini brings a vivid and subjective aspect to the release, whilst maintaining the idea of fragmented and juxtaposing memories together in one place.

As a true multi-instrumentalist, Olga has produced as Strië, for Serein with ‘Perpetual Journey’ (2018) and previously as her true name Olga Wojciechowska for the likes of Time Released Sound. Olga has also produced alongside Erik Skodvin on Sonic Pieces, collaborated with Greg Haines and reworked Nathan Fake on Ninja Tune. Olga can also be heard in the more contemporary space with commissions by Oslo Opera House and the Royal Opera House.

In memory of my Grandma

Bandcamp Daily  your guide to the world of Bandcamp